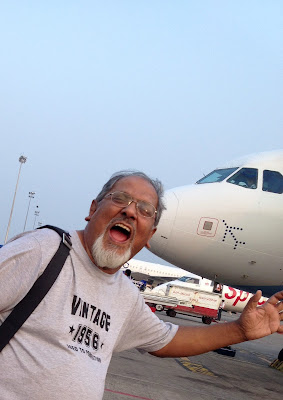 I could probably go on and on about him - SIR you went away too early - too suddenly and without even a hint - wherever You are I hope you continue to spread the cheer and the love. Some somethings will
remain etched in my mind forever - the conversations, the travel and the Vintage 1956 T-Shirt. Miss you SIR
Newer Post Older Post Home